So a lot of people have been asking lately for a bit of an explanation on how I get the sun flares that frequent my flickr page and I thought that a tutorial was in order!

First off, I just want to say thank you for all of the interest that you have shown in my images.  I really appreciate all the support that I receive on a daily basis!

So, on to the sun flares.  I kind of came upon the technique by accident.  A few months after I got my dSLR I was working with some long exposures and was using narrow apertures.  I looked outside, saw the sun was setting and grabbed my tripod to get an HDR.  I forgot to change the aperture, took my exposures came back inside and downloaded them to my computer.  I was so used to see the sun blown out on HDRs shot directly at the sun that I was pleasantly surprised to see the rays of light were so well defined!  I checked the EXIF and saw that I had shot the exposures at f/22.  I had one of those light bulb moments, when shooting at the sun, I need to shoot at the smallest aperture (larger f/ number) as I could.

Now I usually try to keep the aperture low for my HDRs for a couple reasons.  First off, I like the produce a good depth of field effect.  Also, since movement tends to cause complications in HDRs you want to make sure you keep the exposures as short has possible.  With narrow apertures, more of the scene will be in focus and also longer exposures.  If you shoot with an aperture wider than f/10 or so (depending on your camera), you will undoubtedly get nothing but a blown out sun!   You can see the exposures I used for my latest HDR on flickr below.  They were shot at f/20 from +5 to -4 exposure compensation.  Along with the wider range of exposures, I have found that the more exposures you use, the better the rays.  If you just use the standard +2,0,-2, you may not get the really well defined flares.  You don’t need to use the full range from +5 to -5, but you should at least use one set of exposures on either end to help get the long flares.

So the first step to getting some great sun flares is a narrow aperture.  But I’ve found that you need to be cognizant of a few other things as well.  If you are shooting directly at the sun, your camera will most likely try to meter on the bright sun, even with matrix metering on.  I have found that the best way around this is to put on spot metering and meter on the darkest park of the scene.  It is also very helpful to take as many exposures as possible with shoot sun flares for this reason.  When metering on the darkest park of the scene, you ensure that the shadows get properly exposed (usually at +5 exposure compensation) as well as you get the long sun rays in the -5 exposure.

The last thing that you should be aware of when shooting sun flare HDRs is that is can magnify a dust spots you may have on your camera sensor.  Since my camera is older and does not have a sensor cleaner I am forced to clone them out in CS4 after the HDR process.  It’s not a big deal; just something to be aware of!

So those are the specifics behind how I create the sun flares in my HDRs.  Outside of these things to keep in mind, you can just follow the regular HDR tutorial I have already posted.  If you would like to know any more information, feel free to send me a message via my blog or flickr page.

Thanks for taking the time to check my blog! 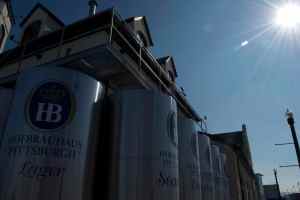 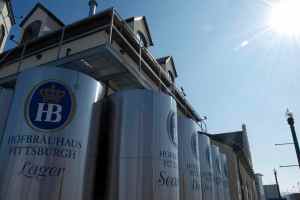