Well, tonight is the big game.  Game 7.  Pens-Bolts.  I’ll be there, losing my voice.  That’s all I’m going to say about that right now.  Though I just have a feeling… 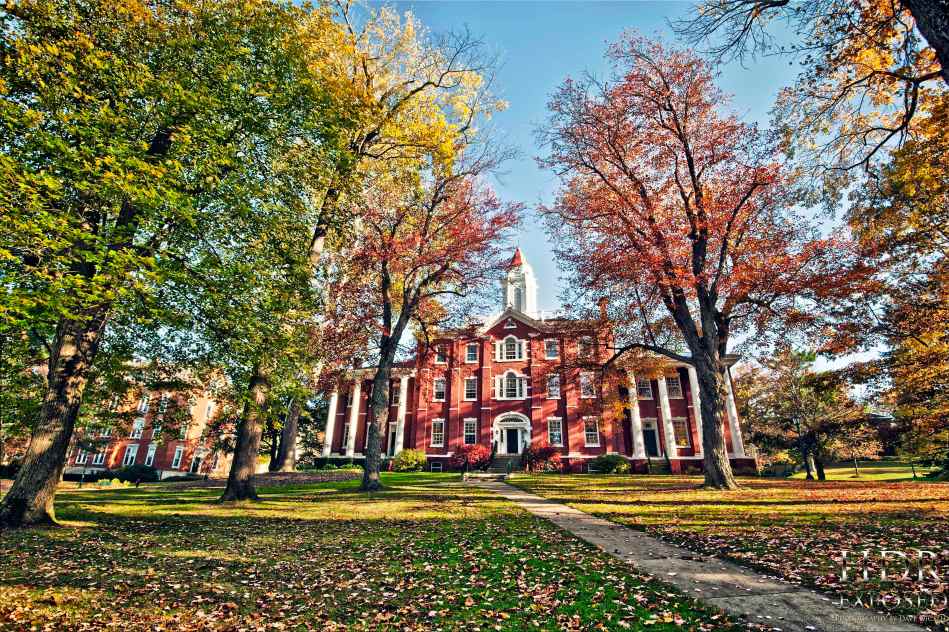 A few more to round out the Allegheny College tour.  I’ll tell you what.  Meadville, the northwestern PA town where Allegheny is located, may not be much to look at it, but the actual college in the fall is just incredible.  I was actually a bit worried when I was going up to Allegheny to shoot this series that the trees wouldn’t have enough color on them for me to get the shots that I wanted.  I couldn’t have been more wrong.  Above is the administration building close to the center of campus, Bentley Hall.  I loved the way that the trees faded in color across the scene from green to red with just a hint of sunlight peaking in.

Next is one of the many colorful paths at on campus, this one right between the campus center and the library, which you can see off in the distance.  I was able to get to this location early enough in the day where the sun was still low in the sky, so half the path was in light and half in shadow.  The leafs laying on the hill next to the path added a nice element as well.

Finally, today’s shot.  This is Carr Hall, the math building on campus.  This is another one that I had originally passed up while processed this series with HDR Efex, but went back at it one more time with Photomatix.  I thought it that it was pretty cool how the sky seems to just continue around the building when you look at the reflection.  I normally don’t oversaturate colors like I did here, but for some reason I did, and I am happy with the result.

Going back to school

I was really hoping to post some Pittsburgh Penguin pictures today and tell all about how they clinched the series last night.  Instead, they came out hot but then fell flat for the remainder of the game, as the Lightning evened the series at 3.  Game 7 on Wednesday.  I’ll be there and will be very loud.  Let’s go Pens.

Now, I’ve loved processing and sharing all the pictures of Carrie Furnace with all of you, but I thought that it was time for a bit more color on my flickr stream and my blog.  Like I said yesterday, I’ve been tinkering around with Photomatix 4 and am pleasantly surprised with some of the results that I am getting.  I went back through a set of shots that I took on a photowalk at my alma mater, Allegheny College in Meadville, PA, last fall, and I think that Photomatix really does them justice.  It was right in the middle of fall, when the campus looks really beautiful.  The above shot was my post today on flickr of the Tippie Alumni Center, a new building in the last five years or so.  This particular building as really made its rounds at the school, as it once had a bowling alley in the basement, was the post office, the English department and now the Alumni Center.  This is the rear view from the patio, where they host various events. 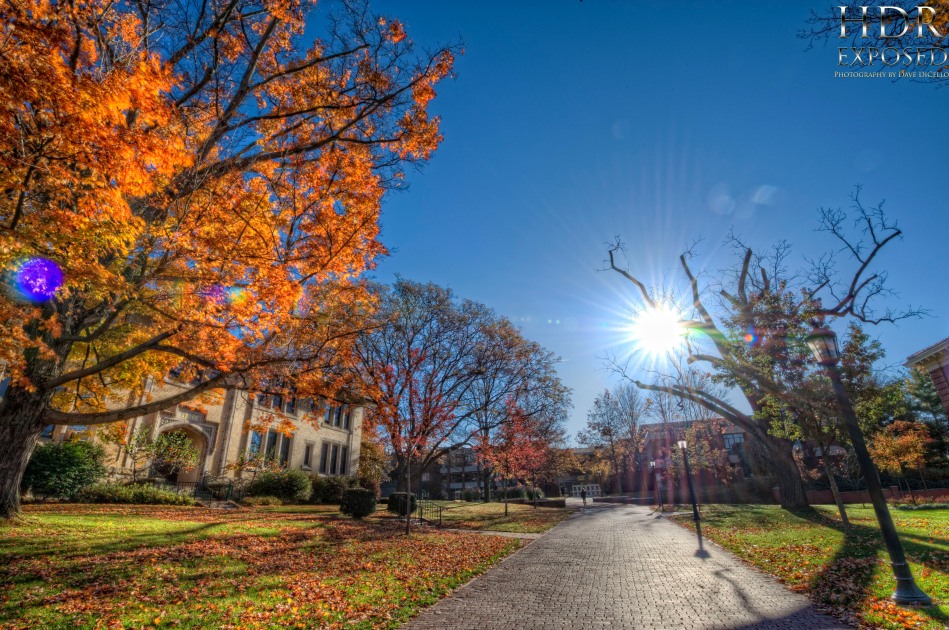 Above is a shot from a similar location (and will be today’s post on flickr), as you can see the Alumni Center on the right hand side of the shot.  This is walking towards the Campus Center, where they have a cafeteria, an auditorium, the activities office, mail, student government and some other various offices and departments.  This is another building that was redone in the last eight years or so, as they are trying to upgrade the campus.  On the left you see Alden, which houses the geology and computer science departments.  This shot was also processed with Photomatix. 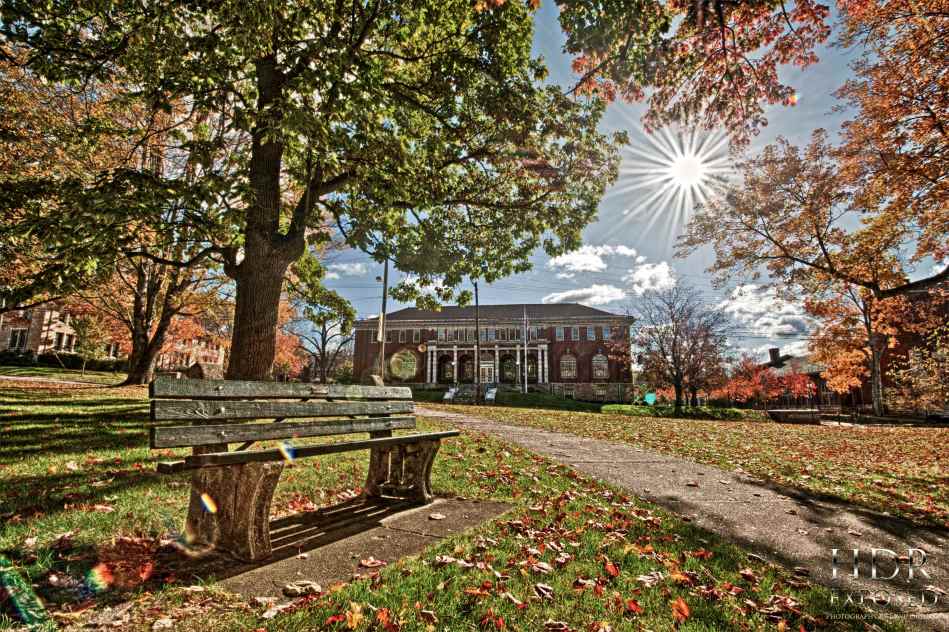 One more view of the Tippie Alumni Center, this time from the front, just across the street.  This was my favorite shot that I took during my morning photowalk there and I have it hanging on my wall at home.

Finally, just a few steps from the last shot, we have Brooks Walk, which runs through the middle of campus and right up to Brooks Hall, which houses the girl dormitory as well as the buffet style cafeteria.  Brooks Walk plays host to concerts, Greek events, random campus activities, and for the few warm days that there are during the school year, it almost resembles a beach, with people throwing around Frisbees, girls sun tanning and all the laughing and happiness you would expect from a tropical getaway.  Except you’re in northwestern Pennsylvania.

Thanks for the visits everyone.